Mixture of mature and young trees around a freshwater pond
what3words : pedicure.repeat.prickly

Devon Birds took over the area surrounding the Velator SWW former sewage treatment site when it was converted into an automated pumping station in 1998. It is only suitable as a ‘closed’ reserve, so no general access, but members are welcome by appointment.

The area was landscaped and extensively planted with a variety of native trees – mostly Willow, but good numbers of Alder, Oak and Ash, some Elder, with Guelder Rose, Sea Buckthorn and Hawthorn providing the berry crop – these have been nurtured over the succeeding years, so that there is now extensive tree cover. This took a long time as the growth of Charlock was difficult to keep down! Also the landscaping was completed with immense amounts building rubble, with very little topsoil in many places.

There is a pond which was planted with reeds which have now developed in several areas to provide useful reed-bed cover. There is a small island in the pond which was originally intended to attract waders, but the tree cover has rather precluded them as have the attentions of the local Canada Geese, and occasional visits from the local Mute Swans.

The southern margin of the reserve is part of the main reed-bed of Sherpa (or Sharper) Marsh. The eastern and northern sides of the reserve are dominated by a row of Macrocarpa and Cupressus Leylandii trees, giving some evergreen cover and screening the pumping station building from Velator and Wrafton.

There are two open areas which were left to see what wild flowers might establish. One of these areas is reasonably dry and the other slightly more damp, being adjacent to the pond. Both have developed as different ecosystems, one dominated by grasses, the other by taller annuals such as willow-herbs. They were left as open areas to encourage invertebrates, and see what other plants may colonise.

Society member John Wicks devoted many hours to encouraging the development of the trees and other areas since taking on the warden’s job at the outset. He has kept a list of the birds butterflies and dragonflies seen in (and from) the reserve over the years. However the years caught up with John and passed on the tools to Jon Turner, who continues to try to keep up the good work!

In 2009 permission was granted to ring birds in the reserve, and this has given a fascinating insight into the numbers of birds using the reserve as a home and as a refuge, both resident and migrant. Indeed some birds not previously seen in the reserve have turned up in mist nets, along with some real surprises.

The trees have grown so well that much time is devoted to coppicing some of the Willows each winter to encourage some ‘low’ growth. In addition many trees lose branches and indeed fall over which takes time to clear and dispose of. We planted some hazel and Hornbeam a few years ago to increase the diversity – many of these are now decent sized trees and the nut crop is mostly taken by Squirrels, unless I can get there first! The Gorse experiment failed – other trees and brambles choked them out. In addition a small orchard has been established to see if we can attract more wintering Thrushes into the reserve. This is quite productive.

A visit to Ashford water treatment works revealed a number of triple nest boxes on most of the buildings on site and permission was sought – and granted – to put some on the building at Velator. Four have now been installed to see if some of the nearby colony House Sparrows can be encouraged to expand into breeding in the reserve This experiment is on-going. After three Tawny Owls were ringed in 2011, and Owl box was installed sadly the Tawny Owl box rotted and fell down – a replacement is under construction. It has been used, mostly by Squirrels (they get evicted) and Stock Doves (we have ringed 2 pairs of young) and on one occasion the Tawny Owls fledged one young, which was ringed. 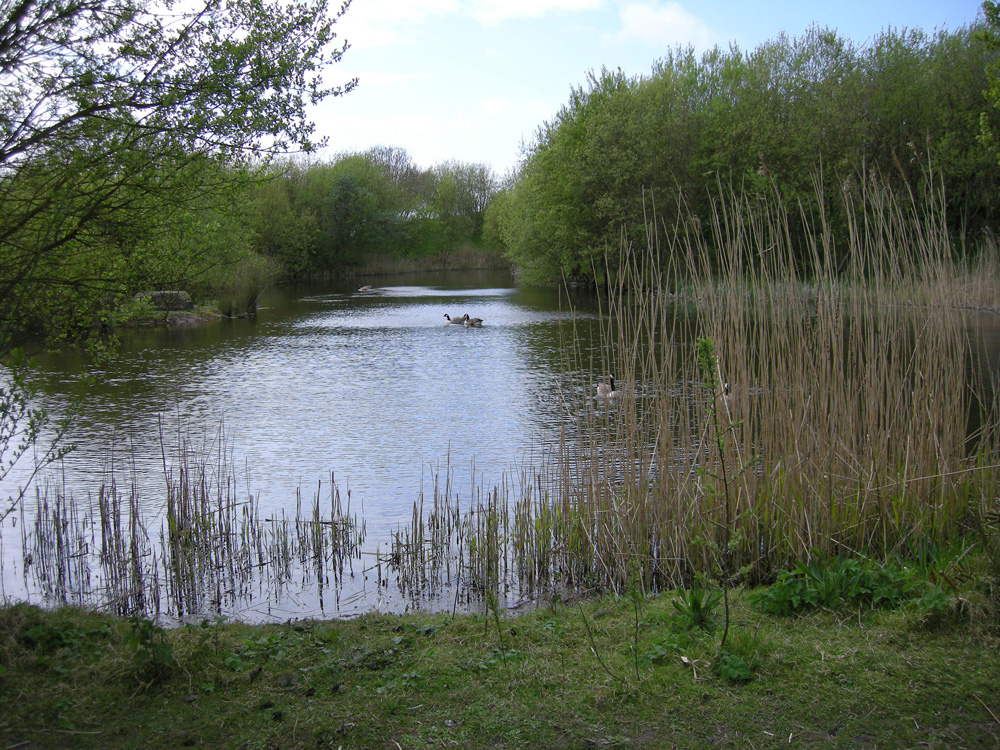