South Milton Ley Nature Reserve is a sixteen-hectare wildlife refuge designated as a Site of Special Scientific Interest. It includes Devon’s second largest reedbed and together with South Huish Nature Reserve in the adjacent valley and the nearby coastline is visited by up to 200 bird species in a typical year.
Devon Birds acquired the core reedbed in 1976 and has added to the original landholding in stages to form buffer zones around the margins. Active management has increased the area of reedbed by two hectares and extensive planting in the buffer zones has provided shelter and food for birds. The Ley lies in a shallow coastal river valley separated from the sea by a sand bar. Adjacent to this bar, the waters of the Ley are slightly brackish but upstream they give way to a freshwater reedbed, with only limited areas of open water, which supports a diverse community of species characteristic of the habitat.
The water level in the Reserve depends on the height of the sand bar. Wave action can build this up and flood the Reserve for up to half-a-mile inland for weeks at a time. The floods occur most frequently in winter and subside when a storm or the pressure of water breaches the sandbank.

South Milton Ley Nature Reserve is located on the south coast of Devon, 30 km south-east of Plymouth and 9 km to the west of Kingsbridge. Occupying a shallow valley 100-150 metres wide, running north-east for 1.5 km from the coast at Thurlestone Sands from which it is separated by a shallow sand bar, the reserve is the most westerly Phragmites reedbed in Devon of over 10 ha in area and forms an important link in a chain of reedbeds running along the south-west coast of England from Radipole Lake RSPB Reserve in Dorset to Marazion Marsh RSPB Reserve in Cornwall. The Reserve can be reached either through the village of South Milton or through Thurlestone. The South Milton route leads to a National Trust car park on the South side of the Reserve at South Milton Sands. This car park also overlooks South Huish Nature Reserve. The Thurlestone route leads to a private car park on the North side of the Reserve, which has an elevated view of Thurlestone Bay. The car parks are very busy in summer and on sunny days can be full well before noon.
The Reserve can be reached from either car park by short walk along the South West Coast Path and then taking the track that runs inland past Beach Cottage and Sandbank. This track leads towards a South West Water pumping station then turns left up a short incline and through an entrance gate above the pumping station.
Alternatively, the central Reserve can be reached from the public footpath that crosses it adjacent to South West Water’s sewage treatment plant or the eastern Reserve via a new entrance gate in Mill Lane. Please note that there is nowhere to park on Mill Lane.

Access to the paths around the perimeter of the Reserve is unrestricted but to prevent disturbance to sensitive species and habitats a strict No Dog policy is enforced.

The principal wildlife attractions are those species of bird which occupy reedbed habitats during the breeding season, as migrants on spring and autumn passage or as winter visitors. Whilst these are more often heard than seen, due to the dense nature of the vegetation, the paths around the perimeter of the reserve and the boardwalk and public footpath, which cross the reedbed, afford excellent vantage points from which, with a little patience, good views can be obtained. Cetti’s, Reed and Sedge Warblers regularly breed, as do Reed Buntings and Water Rails and the reedbed is also used as a roost by thousands of migrating Swallows, and by Starlings with smaller numbers of Pied Wagtails in winter. Harvest Mice and Water Voles breed in the reserve and Otters and other mammals are occasionally seen.

The trees, shrubs, hedges and grassy areas around the Reserve’s margins enable many other birds to breed. Summer visitors include Blackcap, Chiffchaff and Garden Warblers, with resident species such as Goldfinch, Blackbird and Stonechat. Winter visitors include Redwings, Fieldfares, Goldcrest and Firecrest, whilst good numbers of Chiffchaffs can be found around South West Water’s sewage treatment plant. 206 species of birds have been recorded within or flying over the reserve, since its creation, including Cattle Egret, Great Egret, Spotted Crake, Jack Snipe, Woodcock, Wood Sandpiper, Hoopoe and Yellow-browed Warbler all since 2015.

Detailed information about the flora and fauna of the reserve can be found in the 2016-2020 management plan. However, since 2015, considerable efforts have been made to encourage specialist teams to visit and the fruits of their collective labours have been considerable. The number of plant species identified has increased from 95 to 208, spiders up from 10 to 26, flies from 109 to 511, moths from 6 to 174, beetles from 15 to 192, fish from 1 to 3 and mammals from 22 to 33 species. Links to full species lists will be provided when the current management plan is updated.

Scientific bird-ringing is regularly undertaken, expanding our knowledge of the mortality, survival and productivity of species using the Reserve and enabling the impact of management activities to be properly assessed. A paper on Chiffchaffs wintering within the Reserve, using ringing data, was published in British Birds in February 2020 and revealed that the wintering population could be as high as 200 birds.

The first management plan was produced in 1993 and formed the basis of developing the reed bed for the conservation of birds and other wildlife. This plan was completely revised and updated in 2016 to include a concise description of the Reserve’s history, development and features together with management objectives (2016-2020 management plan). Currently being updated to reflect shifts in the objectives and operational changes necessary following confirmation of a population of highly protected Water Voles, the new plan should be available by the end of 2021. 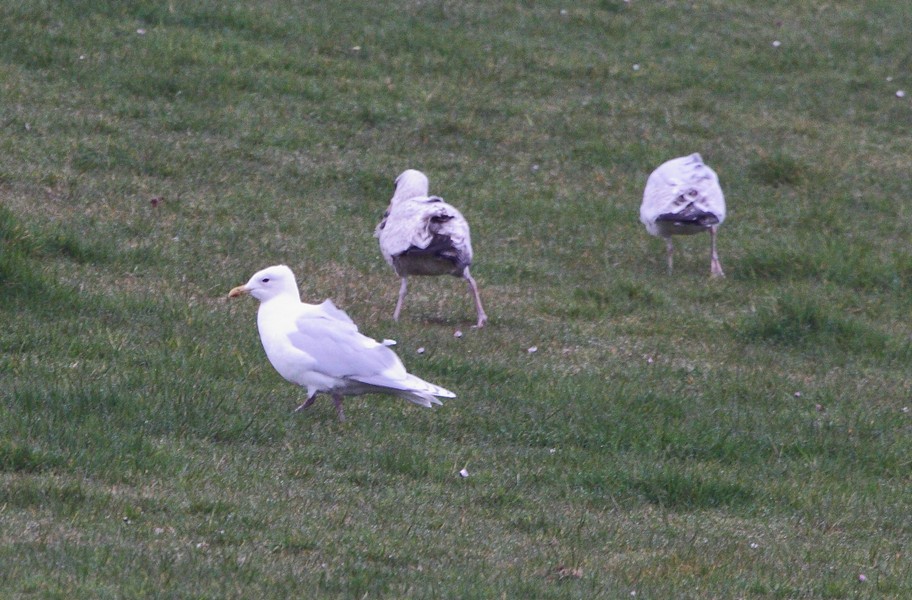 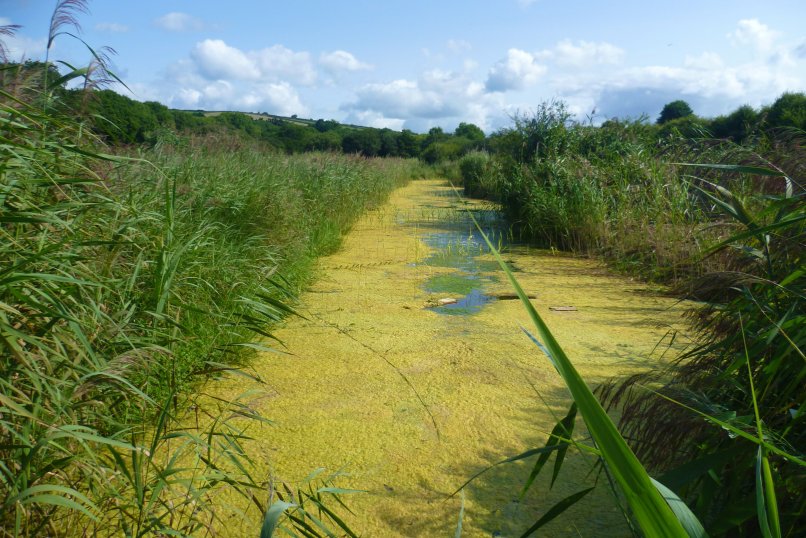 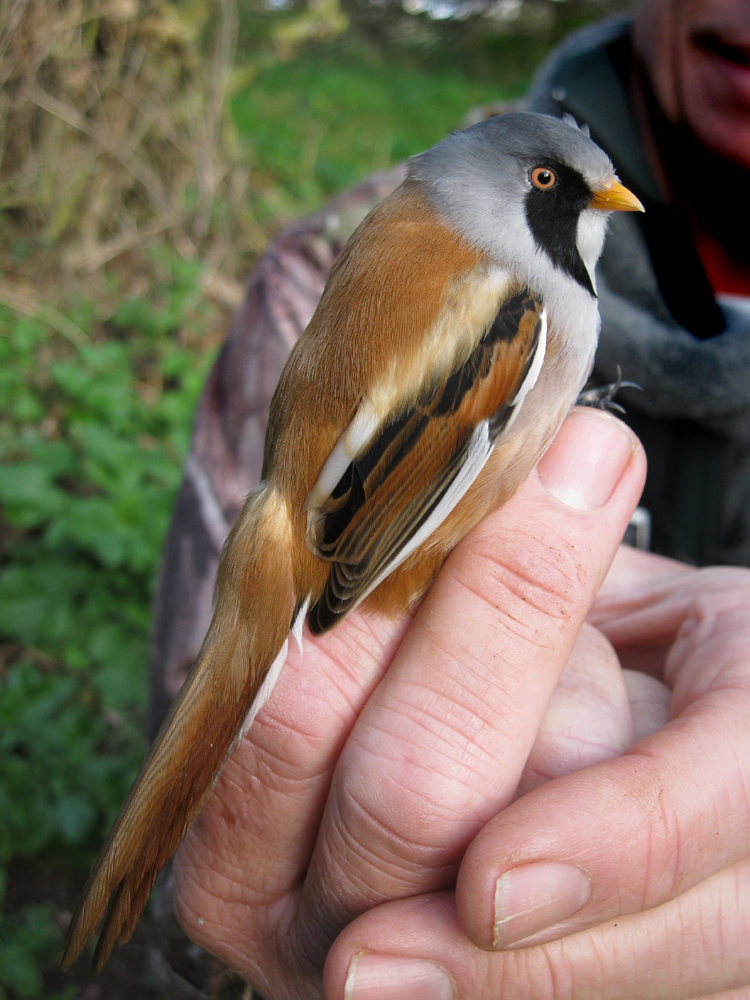