A single Lapwing was joined by a flock of about thirty birds, some 250 Curlew six of which were new birds that I have not seen previously that had been ringed by the Exe & Axe Curlew project, the usual ringed birds including the three flagged birds that have been regulars were not to be seen on this visit.

On leaving two Stock dove flew over the lane. 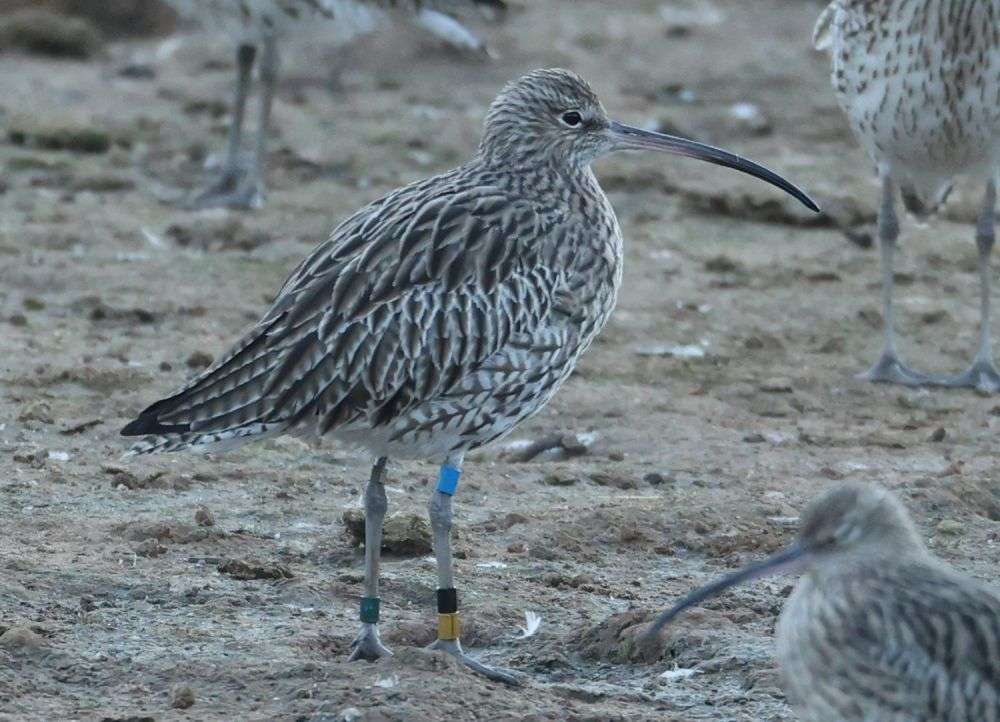