In 2002 Mike Langman started to feed a winter flock of Cirl Buntings at Broadsands car park in Torbay. The results were fantastic, with the flock building to 11 birds in 2002, 31 in 2004 then dropping off to the mid twenties for several years when more of the nearby stubble fields were turned over to horse grazing fields. However, sustained winter feeding saw numbers increase and peak in 2013 at 39 birds.

Mike wrote: In 2006 ‘I volunteered for the RSPB severe weather feeding scheme for Cirl Buntings, but following discussions with the RSPB’s Nigel Hewitt it was agreed to put seed down throughout the winter. A special mixture of Canary Grass and Millet proved very popular with the buntings and also kept away large numbers of pigeons and crows that were attracted to other seed mixtures. Together with the RSPB we began to organise walks and advertise the site as a good place to see Cirl Buntings. Since then the site has become a firm favourite for people wanting to get good views of the ‘Devon’ Bunting, with birding groups visiting from other parts of the UK.’

Seed is put down between the end of October to the end of March, every three days or even every day if the weather turns very cold. Numbers peak on the first morning (probably as the birds appreciate fresh food!) and tail off until the next lot of seed is dropped. To guarantee seeing the Cirl Buntings in good numbers at very close range, take along a bag of budgie seed, available in any pet shop, and spread it around the regular feeding area. Please do not use cheap standard wild bird seed as it contains a lot of whole wheat which encourages larger birds and rats which in turn will keep the Cirl Buntings away.

The majority of the buntings travel some distance to feast on the seed, they are often joined by Reed Buntings and finches sometimes including Brambling.

The area is used by dog walkers, which some birdwatchers find annoying, but it is probably these regular disturbances that make the bird so people-tolerant, so please be patient. Thanks to Torbay Borough Council for allowing us to promote the site and of course the RSPB for a winter supply of seed.

The nearby marsh is managed by Torbay Coast and Countryside Trust who have been working hard to maintain the little remaining reedbed – which is threatened by scrub encroachment, drying out the marsh and shading from larger trees. This marsh is a great place to see regular wintering Chiffchaffs and Goldcrest often joined by Siberian Chiffchaff P. c. tristis,  Firecrest and occasional Yellow-browed Warbler or Cetti’s Warbler. 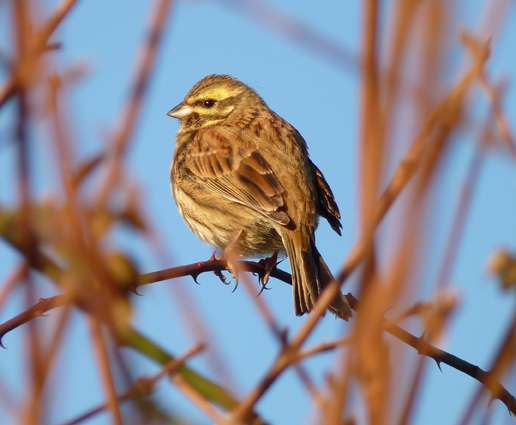 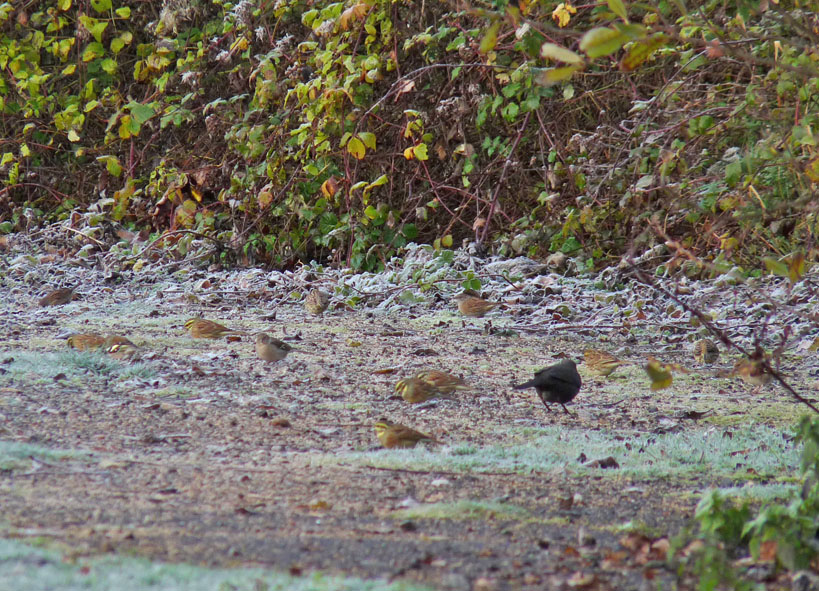 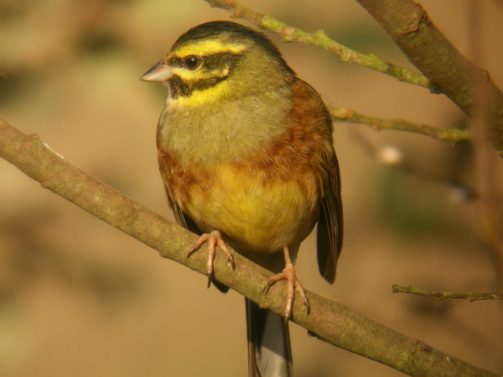 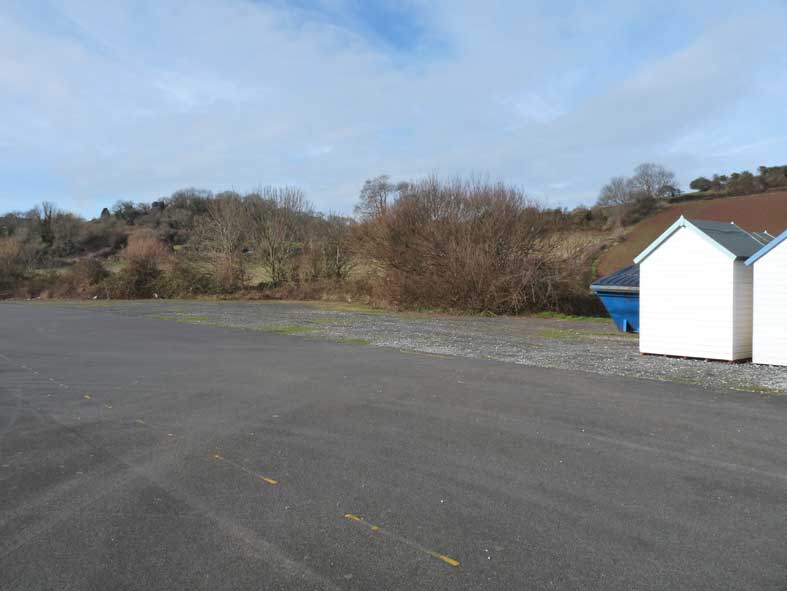