The ringing of birds (placing an individually identifiable metal ring on the leg) started in Britain in 1909 when three schemes were established and the Society began to take part, resulting in a Curlew ringed in Devon in June 1909 being found on Dartmoor in October the same year – see British Birds Vol. III 1909–10.

Since that time the three schemes have been amalgamated into one, currently administered by the British Trust for Ornithology (BTO) which has evolved into one of the best schemes in the world. Unlike many other schemes, British ringers are licenced under the Wildlife and Countryside Act 1981 as amended by the Environmental Protection Act 1990 to catch and ring birds provided landowner permission has been sought and granted wherever they are to operate. The scheme is unusual when compared to other national schemes in that most of the ringers are non-academics and the fact that a licence generally covers a wide range of species rather than restricted to a single species. This gives the BTO a huge amount of valuable data to monitor trends in the UK across the board and on a regional basis.

Ringing originally focused on migration to identify where birds spend time during the year and the  routes that they undertook. Although many migration routes have been established for commoner species there are still many for which there are large gaps in our knowledge and as climate change has the potential to affect many of the routes used ringing still has an important place in migration studies.  Projects to investigate the breeding biology of resident and migrants have become a focus for the BTO in recent years to identify the stage at which birds may be failing, i.e.  at nesting stage or whether survival rates are reducing and ringing individuals is key providing this information.

The conservation of species relies heavily on research results provided by ringing to deliver important evidence which can then be put into practice on the ground and the BTO website gives good details around why ringing birds is important to safeguarding birds into the future.

A fantastic example of species conservation happened in South Devon combining nest record, ringing and follow up observation. When Cirl Buntings reached a low point of around 114 singing males, in the 1980’s colour ringing (placing coloured rings on a bird’s leg to make the individual recognisable without retrapping to read a metal ring) revealed the distances that the birds would go to forage for food, that the birds do not move on average more than 1.5 km in the winter to find food and that they are very sedentary. These results identified that to increase the Cirl Bunting population summer breeding habitat and foraging areas plus winter food supplies had to be located close together to ensure the birds would be successful. Action was undertaken through Agri-environment schemes to include land management options to benefit Cirl Bunting enabled the population has increased to over 1000 pairs by 2016. This of course is only one example, but other species include Stone Curlew, Corn Bunting and Dartford Warbler to have all benefited from targeted ringing studies.

The numbers of ringers in Devon has grown in recent years, partly due to a drive to recruit members and existing ringers moving to the area. Around 60 ringers operate in Devon and if you want to know more about whats involved in training to become a ringer then please visit the BTO website for further details.

The majority of ringers operate at their own sites that are registered with the BTO but the Society supports in various ways several ringing sites in Devon:

Use the email links above to contact the relevant ringers at the sites to see if there are any ringing demonstrations taking place or to find out more about the ringing sessions taking place.

The BTO encourage ringers to participate in ringing projects that provide more detailed information on life cycles of birds that are of conservation concern such as long-distance migrants and resident species that are in decline. They have devised three ringing projects that can provide crucial data to identify at which stage birds may be failing such as at production, fledgling or adult survival stage. Uptake or projects by ringers varies depending on volunteer effort and availability, with several being delivered in Devon.

The Constant Effort Sites (CES) scheme is the first national standardised ringing programme within the BTO Ringing Scheme and has been running since 1983. During the breeding season, ringers use mist-nets located in the same position over the same time period at regular intervals to monitor the species using the ringing site. CES can provide valuable details on the abundance of adults and juveniles, the recruitment of juveniles in the adult population, and the breeding success of the adults each year for some 25 common song birds.

The Slapton Bird Observatory Ringing Group has been carrying out a CES for 10 years following the trends of key species such as Reed Warbler and adding data for the BTO to use on a range of species to determine annual regional trends.

A Moorland CES is maintained at Fernworthy Reservior following the trends of birds breeding at high altitude which can be severely affected by inclement weather conditions whilst the lowlands remain relatively unscathed.

Retrapping Adults for Survival (RAS) aims to provide information on adult survival for a range of species in a variety of habitats, especially those that are hard to monitor and coverage by other current BTO ringing projects is poor. Like CES, RAS uses captures (or resighting colour-marked individuals) of adult birds to calculate the proportion that survive each year. Recaptures generally give a much higher quality of information on adult survival than recoveries of dead birds.

One species that has been subject of much conservation concern is the Pied Flycatcher, a migrant that has been in decline for several years. Several individual RAS projects on this species have now been coordinated by Dr Malcolm Burgess to expose more fascinating details on this delightful species, with the hope of identifying why they might be in decline and what measures can be put in place to alter that trend.

The Winter Ringing Project is the first standardised ringing project to focus on monitoring passerines in winter. The project began as a pilot scheme over the winter of 2020/21, using a similar methodology to CES, but with fewer visits and allowing the provision of artificial bait. The aim of the Winter Ringing Project is to provide survival trend information and make more structured use of the passerine ringing data collected outside of the breeding season

Although not strictly a ringing project, many ringers participate in the Nest Record Scheme (NRS) to provide data on nesting success and to ring the resulting nestlings. The data gathered tells us whether birds are failing at egg stage or fledging stage and what the reason is (predation, desertion, weather, etc). The most robust data possible comes from ringing chicks in the nest as the age at which the bird was ringed is known and if the bird is subsequently recovered, we know exactly how old the bird is which can help provide accurate survival trends.

In Devon, the interest in NRS has increased in recent years due to promotion by the BTO but also from the dedication of ringers and NRS recorders who by working together produce incredibly useful information which the BTO can use to investigate population trends and the drivers behind declines.

MOST IMPORTANT OF ALL

If you find a ringed bird, please report it as every record is vital to the ringing scheme to help us understand what birds populations are doing. Ringed bird can be reported by contacting the Ringing Unit at www.ring.ac or by sending the details to the Ringing Secretary. 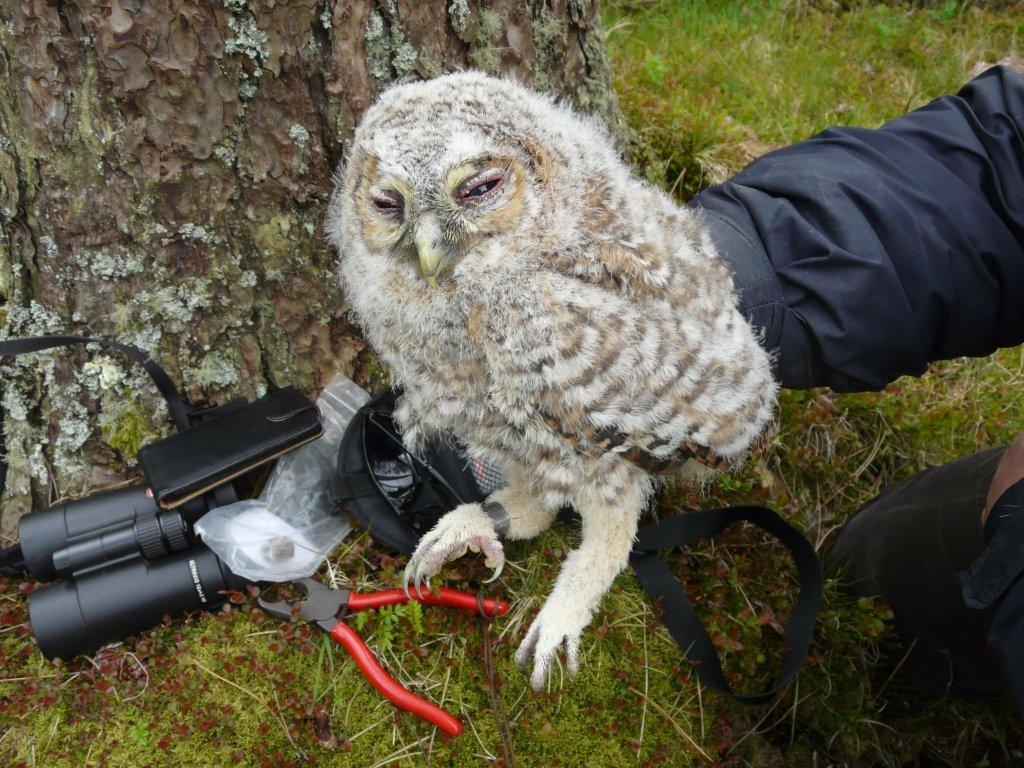 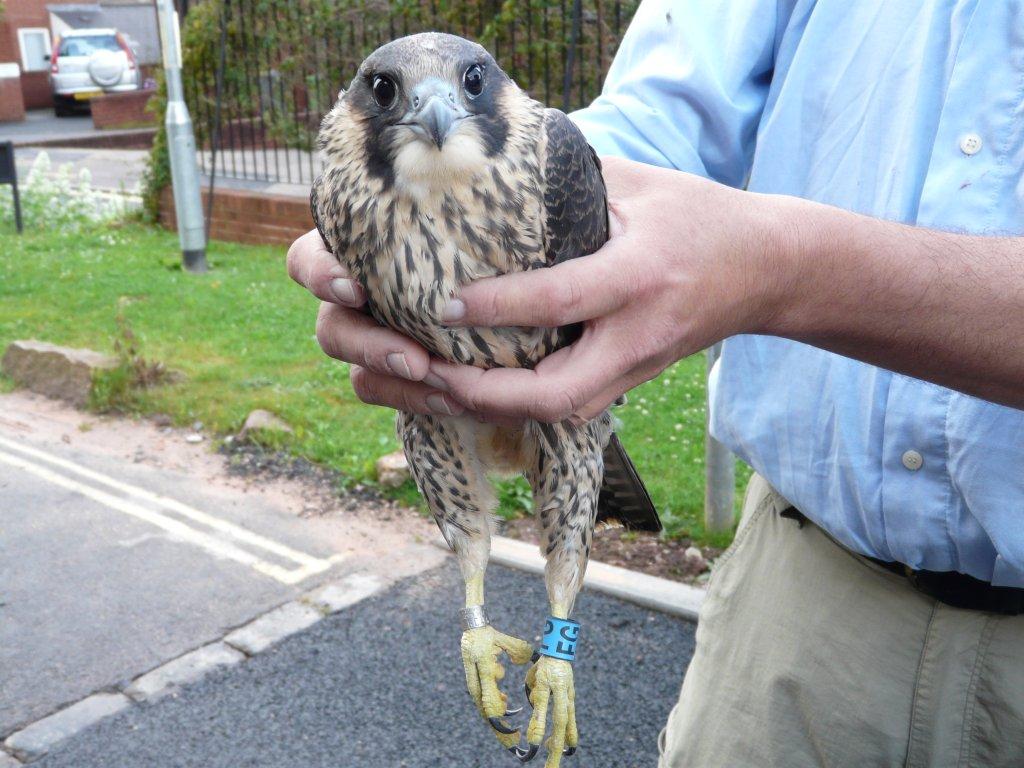 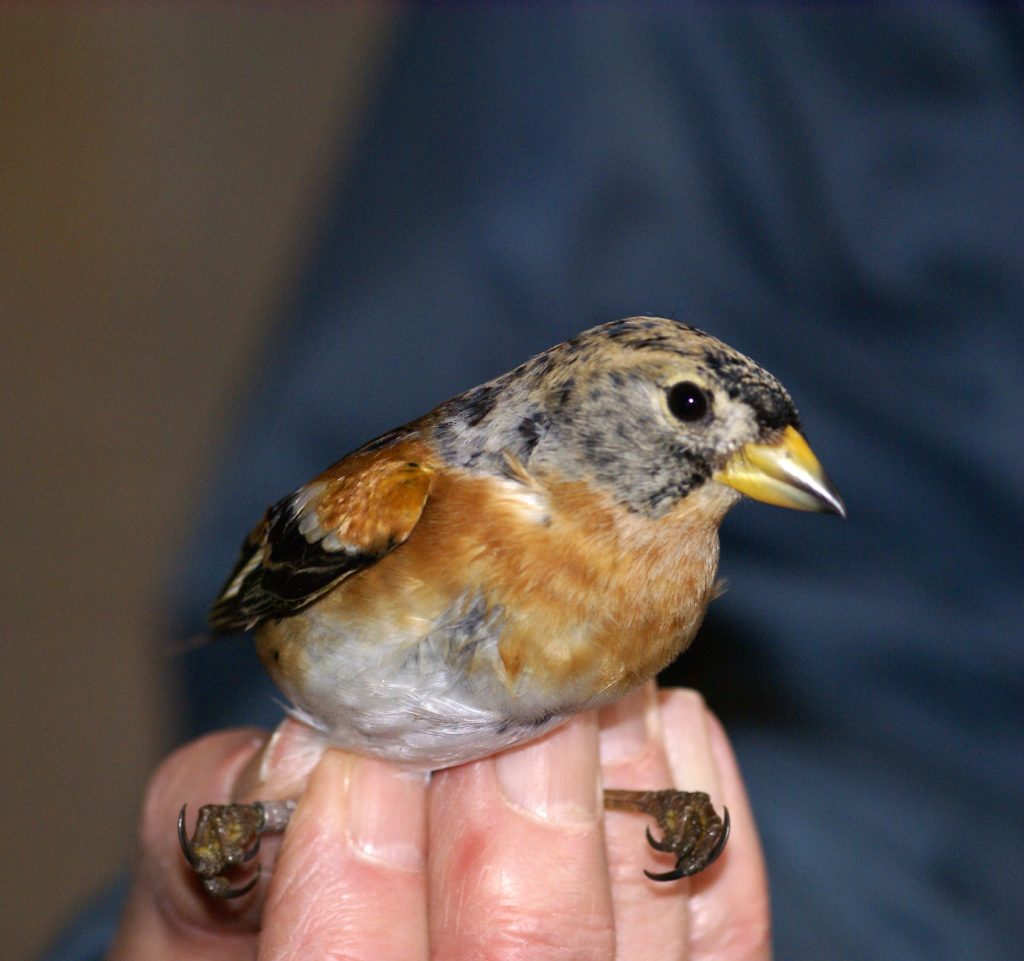 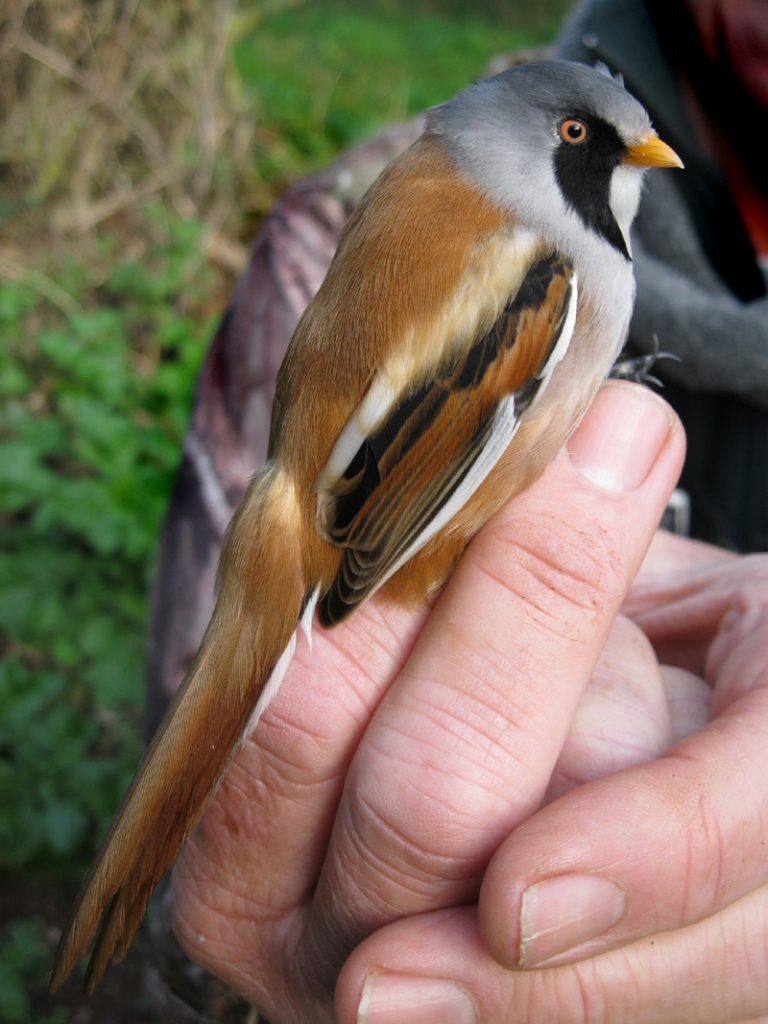 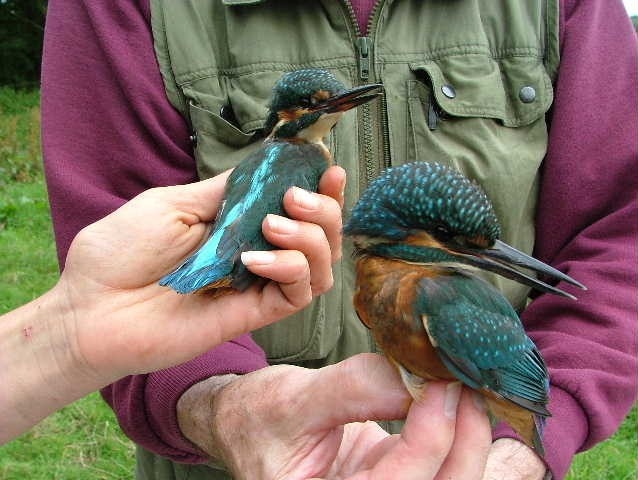